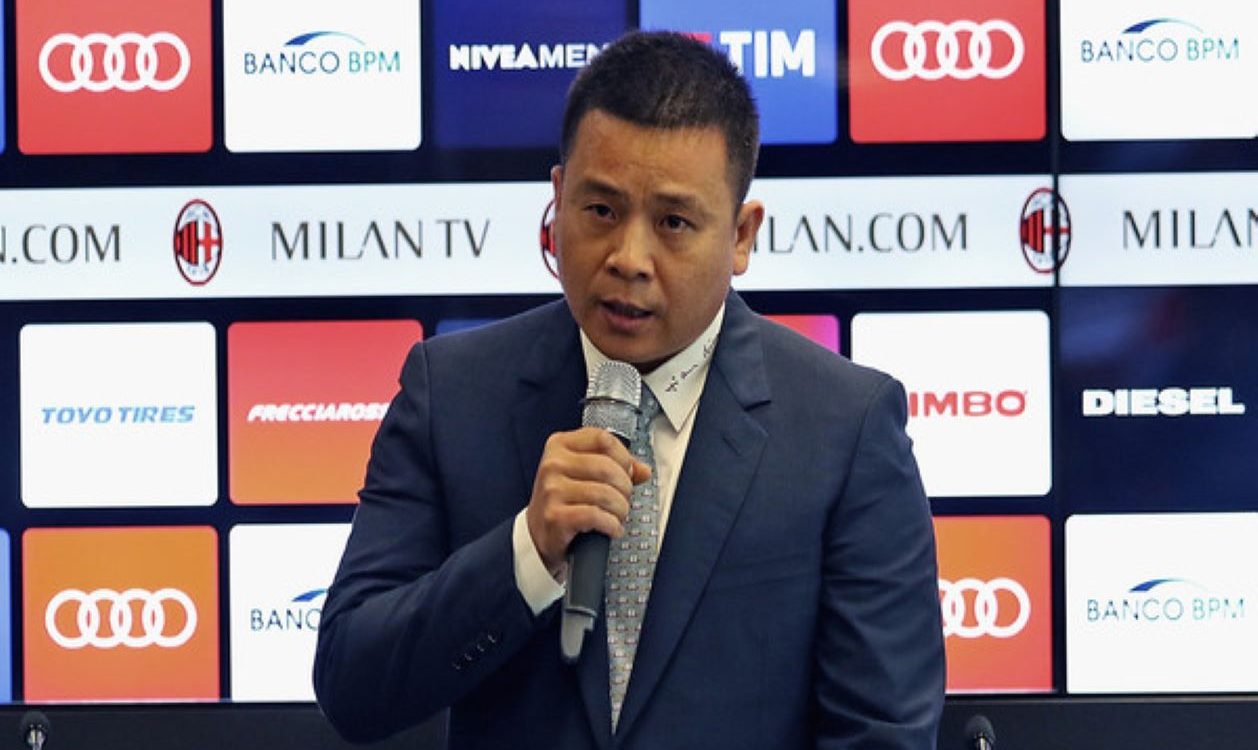 Interview of Yonghong Li, President of SES, to the italian press agency ANSA

Milan: Yonghong, “Delays from Chinese authorities. There will be the closing of the deal”
The words of the President of Ses, “We will contribute to the prize in case of victory of the Supercoppa Italiana”

Yonghong Li, President of SES, had hoped to be in Doha, where on AC Milan will play the final of the Supercoppa Italiana against Juventus FC. However, the famous ‘closing’ – word that supporters have learned in the last few months – is subject to a delay. “I am sorry for supporters, who would rather see the finalization of the closing in a short time – he says in the interview released to the italian press agency ANSA -, but, in the end, this is as it should be. This final match had been conquered by the current management and it is fair that it will be the one to experience the Supercoppa and, we hope, to celebrate the victory. On our side, we have decided to give our contribution, giving a green light to Milan’s proposal to grant a prize in case of victory, which would be a further stimulus for SES, in order to keep the highest levels of results. In fact, Our ambition is perpetrating AC Milan’s successful history. We hope that Silvio Berlusconi – as Honorary Chairman – will be able to raise trophies even in the future”.

Q: Why has the closing not yet occurred? Which are the missing authorizations and when are they expected to be announced?
A: Any outbound investment in China is subject to the completion of Chinese regulator process. Recently, the regulator announced new risk control measures in reviewing outbound investment, which also applies to transactions signed before such announcement (i.e. SES / AC Milan deal).The new criteria is very focused on outbound investment which requires exchanging Chinese RMB into foreign currencies, as it will be have an impact on China’s foreign currency reserve.The SES team is currently working on the regulatory process according to the new measurement, however, in wider terms, every pending request – our request is not the only one – is subject to significant delays.

Q: Why – while waiting for authorizations – did you not purchase an AC Milan stake equal to the EUR 200 million anticipated?
A: An acquisition of any stake in an overseas company is subject to the regulatory process in China, disregarding the size of the stake. To comply with regulators, SES is not allowed to hold any stake in AC Milan at this stage.

Q: Why did many other Chinese companies succeed in investing in the UK football industry, without encountering those difficulties?
A: These transactions were completed before the recent announcement from Chinese regulator.

Q: Can you confirm that all the capital required for the company’s acquisition has already been raised and is available to the Chinese consortium?
A: Actually, SES has attracted Chinese capitals exceeding the value of the investment; their availability to SES is subject to completion of regulatory process.
SES is also continuously reassessing and optimise its investor base according on the new measurement of Chinese regulators.

Q: What would happen if authorizations were denied?
A: SES is working on an alternative investment structure, which would solve the regulatory hurdle.

Q: Is the ‘Plan B’ concerning European capitals/investments actually being carried out? How would it work? Would it be performed by ‘bridge shareholders’, which would be replaced by Chinese shareholders after the announcement of the authorizations? Would the timing expected for the closing (i.e. March 3rd) undergo a change?
A: In this phase, we are confident that the authorization will be granted in time to allow the closing by the date we agreed with Fininvest, so we would prefer not to enter into these details of the Plan B, which in any case, will comply fully with existing frameworks of the relevant regulators.

Q: In this case, would you remain a shareholder?
A: I am personally fully committed to the future of AC Milan, as was recently proved again though the 2nd deposit to Fininvest.

Q: Who paid the EUR100 million for the deposit? Are these funds owned by the future AC Milan shareholders?
A: Yes, the second installment was paid directly by me and […], through a company wholly owned by SES.

Q: Can you confirm that SES will take charge of losses AC Milan has registered staring from July?
A: Yes, according to terms agreed with Fininvest, losses registered by AC Milan since July will be borne by SES: this is one of the main reasons behind the shared decision making process on the club’s costs.

Q: Is the division into installments of the remaining EUR320 million plausible (perhaps through periodic EUR100 million deposits)?
A: The agreement with Fininvest does not contemplate such possibility and it is not currently envisaged by the parties.

Q: Why has the list of investors not been disclosed yet? Can you confirm the names of investors circulated by the media in the past few days?
A: Unfortunately, we are not in a position to disclose further background on this topic before the closing. This is related to the fact that an anticipated disclosure could jeopardize the obtainment of the authorizations required to finalize the transaction.
Furthermore, SES has signed confidentiality clauses with many investors, and the commitment of some of them is subordinated to the obtainment of the authorisations by the government. For all these reasons, we are bound to communicate the list of the investors after the closing. In any case, under the terms of the agreement, we have confidentially provided Fininvest with the list of investors and we give continuous update on the evolution of the authorization process.

Q: The consortium seems to be made of financial institutions which, usually, do not purchase football clubs. Who are the real buyers of AC Milan?
A: We do not comment on speculation on the names in the press. As a general remark, Chinese financial institutions actively support China outbound investment. It is also worth mentioning that SES is an investment fund. All the investors assess the economic fundamentals and are aware of the value of the investment under all the relevant profiles.

Q: SES is a holding controlled by various entities. How is the capital going to be distributed among the shareholders? How is the governance going to be defined, in order to allow an efficient management of the club?
A: As said, SES is a fund and as such, it is managed professionally with the fund management company. AC Milan’s BoD will be composed by investors and independent members, with the sole purpose of supporting the best management of AC Milan to achieve a win-win outcome for both the investors and the team.

Q: Which is your professional track record? Have you ever been involved in the management of companies related to the sports industry? Which are his competences in this sector?
A: My skills in the sports industry are not that relevant. The company will be managed by the board of directors and by AC Milan’s management, which has been and will continue to be selected among the best professionals on the market.

Q: According to some rumors, SES’ capitals would belong to Silvio Berlusconi.
A: It is a completely baseless speculation. Money laundering is a crime prosecuted in Italy, as well as in China. AC Milan’s transaction is carried out with Chinese capitals (otherwise we would not have all the issues with authorisations that are slwing us down) and is fully compliant with both international and local regulators. SES has full respect on Mr. Berlusconi as a counter party to this transaction.

Q: How is the future transfer market going to be managed from a governance point of view? Who is going to take decisions?
A: Adriano Galliani will manage the transfer market, respecting the agreement and, consequently, all operations will require SES’ approval.

Q: Why will the market not be entirely managed by Fininvest?
A: The costs associated to the management of the company will be borne by SES after the closing and therefore we cannot have our say on all the cost items.
On the top of the above mentioned topic, which is an important one, every transaction carried out during the interim period between the signing of the preliminary contract and the closing will effectively condition the future owners of the club, both in terms of future costs and in terms of strategies. It is a common practice in any acquisition of a company that contractual clauses guarantee to the purchaser a form of control over transactions carried out by the seller between signing and closing.