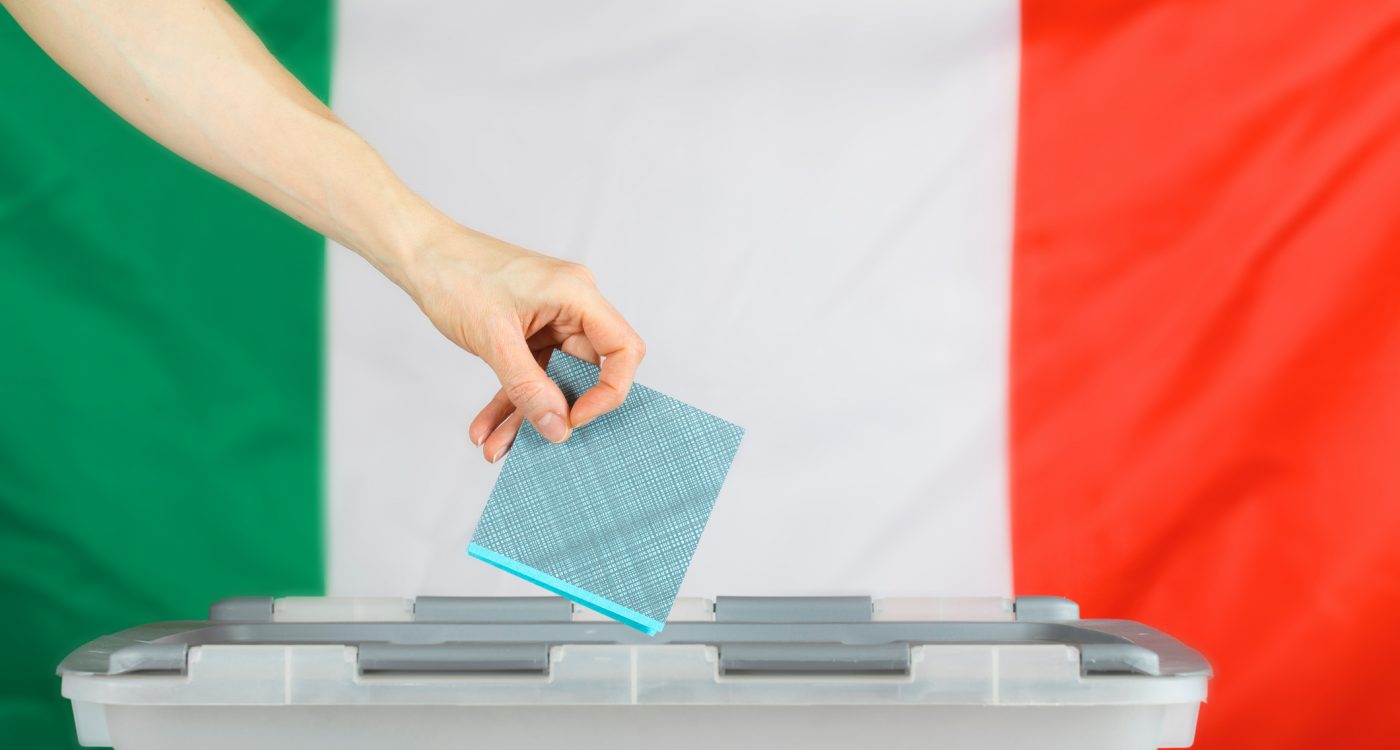 Very careful to what happens on the national politics scenario, more than you think. Multi-channel users in the information universe, however their opinion is mainly formed through traditional media, newspapers in particular. This is how we could summarise Italians’ prevailing behaviour in updating themselves on political facts, just a few days before the general elections. The electoral campaign and related initiatives inevitably push people to have greater interest in political parties’ offers, leaders’ proposals and their agendas. For several weeks we have been immersed, often even submerged, by press releases, position statements, interviews and TV appearances. We have seen the candidates on the one hand, ready to make statements on the sensational events of the day, while on the other hand, they have proven to be much less keen to talk about perspective issues of the country (economy, job market, infrastructure, demography). It is basically impossible not to come into contact with it. Nonetheless, the population has a great desire to understand and unravel themselves in the twisted politics vicissitudes.

As shown by Community Media Research’s latest survey, more than a third of Italians (37.1%) are constantly informed about what happens in the political arena. We must added a 41.9% percentage that more generally follows the political scene: to some extent, the citizenship listen, is interested, albeit in a more detached way. However, a total of almost four fifths of Italian citizens (79.0%) declare their engagement in political-electoral issues. Obviously there are some political orientation differences: males and adults are the most attentive categories compared to youngsters (even if the majority of them follows general political facts), as well as people with higher education and especially those who are determined to go to the voting stations.

Then we have 16.0% of the Italian population with a more discontinuous attention: the political debate is like a background noise, a not so captivating one that usually gets mixed up with other topic. Finally, a marginal share (5.0%) declares that it has no time to update its political knowledge or has no interest in the subject. Therefore, Italians – albeit to different degrees – are more careful to political issues compared to how they are depicted in the usual representations. However, in the age of new technological communication tools, in what way and through what means do Italians get informed? How are opinions on these themes created? These two aspects (information and opinion) are not identical: if the first one is more immediate, while the second requires time and space to settle. The results, in fact, demonstrate differentiated behaviours’ existence.

First of all, there is not a single privileged channel, but a plurality of sources almost equally contending the primacy: the internet (26.5%, however the percentage is not made up of social networks, which stop at 14.9%), TV (24.8%) and newspapers (22.7%). Italians mix and match information tools, showing a proactive attitude, not being satisfied with privileging one over another.

Secondly, if we put the several types of sources together, we understand that, overall, the Old Media (newspapers, TV, radios: 53.5%) still have the leading position over New Media (internet, social networks: 41.4%) as sources to draw political news. However, there are some significant differences: adults and those who are determined to vote are more loyal to Old Media (over 45 years old); while young people, students, and those who are disillusioned with politics and are still uncertain about the vote usually tend to prefer New Media (up to 44 years old). Very few, however, rely on Social Relations’s networks (associationism, family members, colleagues: 5.1%) to get politics news.

Thirdly, the outcome changes if we look at the way Italians create their opinions. The previous three-way situation tilts each factor’s weight and a fourth point is added. Newspapers take the lead (25.6%) increasing their value, followed by the internet (22.4% which slightly loses weight) and TV (18.2%, also falling). On the other hand, the role of family and friends is growing (13.8%), an area where there is greater chance of dialogue and confrontation. Thus, overall, the Old Media slightly lose intensity (49.6%), however still firmly remaining the first reference of choice, with newspapers at the top of the chart, mainly among adults (over 45 years old).

New Media (29.3%, mainly social media) are losing importance among young people, students and undecided voters, albeit to a lesser extent. On the contrary, the Social Relations’ networks strongly increase their weight (21.1%) in helping opinions’ creation (mainly family members and friends), especially among the younger ones. Therefore, information and opinions follow complementary but different paths, even among the several population parts. There are however two paradoxical surprises. On the one hand, the newspapers’ diffusion drop – replaced by the speed of news spread on the internet – does not correspond to a loss of their ability in determining opinions’ creation. Indeed, they still hold the leadership.

Conversely, social networks’ pervasiveness as a communication tool – now taken as a reference point by the information bodies themselves – actually has an inversely proportional weight in leading opinions. It is rather the Internet in general to play an important role, that I why it is even less definable.

In Italy, given the upcoming March 4th general elections, the information topic becomes an increasingly burning issue. Not only politics’ players are more and more sensitive to TV appearances, hugely regulated up to the paroxysm, but also the citizens are paying more attention to political affairs. Information and opinions are following integrated paths that are uneven at the same time. However, it is opinion that drives the choices: in order to thrive they need contests to train themselves, linked with others. The educational challenge of the future is how to create an opinion in a pervasive information society.

Methodology:
Community Media Research, in collaboration with Intesa Sanpaolo for La Stampa, carried out a country-wide survey called Indagine LaST (Laboratorio sulla Società e il Territorio) from January 9th to January 22nd, on a sample of the whole Italian population over 18 years old. The methodology aspects and the outcome have been studied by Questlab. 1,482 people in total (out of 13,384 contacts) have been surveyed. Data analysis was re-balanced according to gender, territory, age groups, working condition and education. The margin of error is about +/-2.5%. The survey was a visual one using the main social networks, with a casual sample reachable with CAWI and CATI systems. To download the full survey please visit www.agcom.it